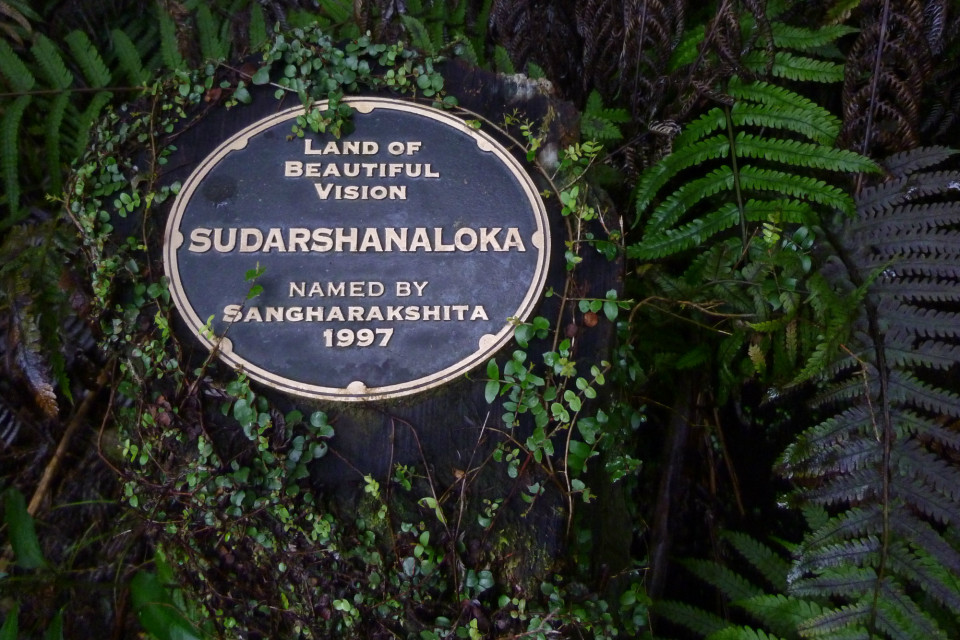 Creating a place of practice

The land of Sudarshanaloka Retreat Centre was purchased by members of the Triratna Buddhist Order in 1993 with the idea of creating a Buddhist retreat centre and community. At that time the land was poor, steep reverting pasture covered in gorse and manuka – struggling to recover itself after decades of abuse from logging, mining and inappropriate farming. There were a few pockets of well established bush with some fine trees, a half-built basic dwelling and a large red tin shed.

The first small resident community, along with dedicated supporters, set to work to extend and finish the house and start the process of planning for a significant building project. The dream was to create a retreat centre that would serve the Triratna Buddhist Community, and other like-minded groups, in the wider region, with facilities for retreats of up to 50 people, along with places for solitary retreat, and community accommodation.

But somewhere during those first few years, it became clear that something was missing. Utilitarian concerns had eclipsed the deeper need to come into harmony with the latent energies of the land, the spirit of the place and the positive myth of what we were trying to do. We needed to first focus on creating something that would ground us in this place, and remind us of our broader vision.

The idea of building a large Stupa was born.

After the completion and dedication of the stupa in 1997, attention turned back to the mission of creating a retreat centre facility, and so planning and fundraising began apace. Over the next decade an ambitious design for a large retreat facility was drawn up and several beautiful solitary retreat cabins were built. The first phase of the main retreat centre building was completed but more resources are still needed to bring the project to fruition.

As a place of significant spiritual practise, Sudarshanaloka has supported many who come to enjoy the peace and beauty of the land, the deep wisdom of the Buddhadharma and the warmth and joy of the sangha. Over the years there have been three ordinations into the Triratna Buddhist Order, an open-air cremation and countless retreats, celebrations, art days, rituals and other events.

The journey of exploration continues as we connect more and more deeply with this special place, in partnership with the land, it's history and inhabitants, and in the service of all beings.