Everything that Lives is Holy 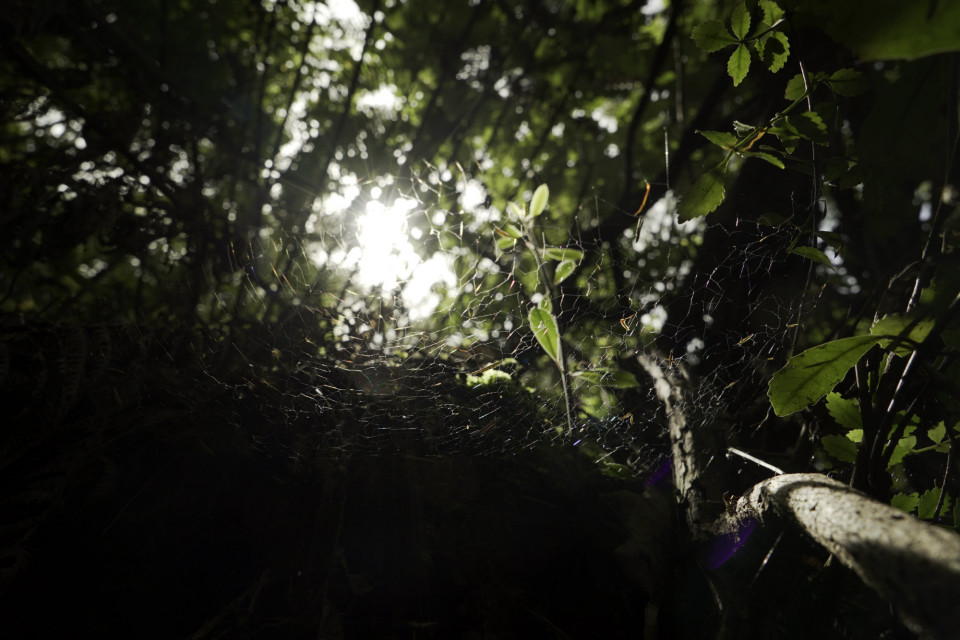 It is one of the great paradoxes of human life that religion, which was intended primarily as the means of eradicating egotism, should have become one of the most powerful agents for augmenting it. The reason for this apparent anomaly is not far to seek. So deep-rooted in human consciousness is the ego-sense, so tenacious of existence that, like a weed that flourishes equally well in a stony or a fertile soil, it does not hesitate to batten upon any kind of thought or action – even upon those which are conventionally regarded as good, holy, pious, religious,
and spiritual. The ego-sense which has succeeded in entrenching itself behind the ramparts of mere formal piety, or outward religiosity, is often more impregnable to the assaults of Light than is the heart of the habitual so-called sinner who has not a shred of ‘righteousness’ with which to cover the natural nakedness of his egoity. We are all familiar with the somewhat irritating, butreally rather pitiable, spectacle of a man who not only prides himself on his abstention from some petty indulgence such as cigarettes or coffee, but actually flaunts the virtue of his abstention in the faces of his friends. Although such people have understood that a certain habit or action is useful to the development of the spiritual life, they have not understood that it ceases to be useful, and becomes instead positively harmful, as soon as one begins to think of it as a virtue, and to regard that virtue as a possession which differentiates him from others who do not possess it. For this reason the conventionally ‘good’ man is often a harsh and unsympathetic character, critical in the extreme of the faults of others, and highly conscious of the magnitude of his own virtues; while the conventionally ‘bad’ man or woman may, on the other hand, be sympathetic and unselfish to a degree which almost compensates for his or her deviations from the accepted standard of behaviour. The ego-sense, like some evil contraband, succeeds in smuggling itself across the frontiers which divide, or are supposed to divide, the realm of ‘good’ from the realm of ‘bad’ thoughts, words, and deeds. Irreligion dons the garment of religion, the devil the dazzling raiment of an angel of light, and thus the ego’s merry masquerade continues.

As within the narrower sphere of the individual, so within the wider sphere of the group. It is possible for the ego to appropriate ‘good’ actions and ‘religious’ practices, for a man to flatter himself with the comfortable conviction that he has ‘gained’ something of a spiritual nature, simply because society has got into the habit of regarding certain actions as good, certain practices as religious, and certain attainments as spiritual, in themselves, without reference to the state of consciousness by which they are inspired. Whereas the truth of the matter is that a particular action, practice, or attainment is truly moral, religious, or spiritual only to the extent that it succeeds in eradicating the ego-sense. We should beware of those good deeds which beget too acute an awareness of our own goodness. Or rather, we should beware of the ego-sense which so insidiously introduces itself even into the very heart of our spiritual life and its activities. This is not to say that any action whatsoever may or may not be accompanied by ego-sense and that, therefore, any action whatsoeveris capable of being either spiritual or unspiritual in the true sense of the term. Such a statement would amount to a defence of antinomianism, of the ludicrous theory that since a liberated being has transcended the moral law he may transgress it with impunity. Although it is true that no action is in itself good or bad, but only in so far as it is inspired by a selfish or a selfless consciousness, there is nevertheless a class of actions (to which belong murder, theft, adultery, etc.) which are invariably the product of the egosense and which cannot possibly be performed without it. Because the presence or absence of ego-consciousness is the true criterion of the spiritual value of an action, we should not fall into the error of supposing that any action, however immoral according to the consensus of religious opinion throughout the ages, can be performed without it and thereby assume spiritual status.

Society has, unfortunately, acquired the habit of regarding certain actions, such as attending a temple, church, or mosque, or visiting a place of pilgrimage, as religious in themselves, without reference to the background of consciousness which stands behind them. Similarly, certain occupations or avocations, such as those of the monk or priest, are regarded as possessing, in some almost magical fashion, a peculiar virtue or sanctity. Particular places, buildings, costumes, books, languages, countries, colours, and so on are, in exactly the same way, set apart as sacred from the mass of profane objects of the same class by which they are surrounded, and from which they are so sharply distinguished. The result of this dichotomization of things into sacred and profane is an unhealthy division of the collective or social consciousness analogous to the split produced in the individual consciousness by its arbitrary classification of actions as ‘good’ and ‘bad’. This is not to deny the power which is certainly possessed by certain external places and objects of inducing corresponding states of consciousness internally. This is because we have, either by deliberate individual choice or by passive acceptance of the cultural or religious tradition into which we are born, come to regard some material thing as the symbol of a spiritual value. But the sacredness or profaneness of that thing nevertheless continues to depend upon the state of mind which it is capable of inspiring. If a ‘holy’ object no longer inspires holy thoughts then it ceases to be a symbol and becomes a superstition. For the very essence of superstition consists in regarding things – whether particular persons, places, or practices – as holy in themselves, without reference to the state of mind which accompanies them. That thought, word, or deed alone is holy concerning which the idea that ‘I am the doer’ does not arise.

The most unfortunate practical consequence ofregarding things as in themselves sacred or profane is that the vast mass of people consider themselves to be totally excluded from participation in the practice of religion. Religion, they think, belongs to the temple or church, not to the home, to the priest, not to the layman. It can be found within the covers of some musty book, but not among the flowers that bloom so freshly in the fields, or in consort with the ‘lutes that whisper softness in chambers’. Priests and ecclesiastical bodies of every religious denomination have not only deliberately encouraged, but even sedulously inculcated, this wrong attitude of mind, in orderto strengthen their positions and swell theirrevenues. But the truth of the matteris that you cannot see anything as holy until you see everything as holy. Distinctions are useful, even necessary, at the beginning of one’s spiritual career; but they should not be clung to. A flower is sacred, a tree holy, if you look at it with an illumined mind, just as a religious observance is profane if you do it with a greedy, malicious, or deluded consciousness. It is better to sweep a floor egolessly than to meditate with the prideful sense that ‘I am meditating.’

Swinging thus the emphasis from the external to the internal, from the act to the thought, from the symbol to the thing symbolized, we can see that religion is not confined to particular places, but that it saturates and sanctifies the whole of nature; that it is, properly understood, not for the few only, but inevitably and inescapably for all; and that there is, to the Eye of Enlightenment, no division between sacred and profane but that, in the words of a great poet-seer, ‘Everything that lives is holy.’